The mixed media/found objects and collages that are his art represent our need to explore and dream. Tedd Davis is a native of Philadelphia PA, has lived in New York City and  Washington DC before moving to the Fort Lauderdale area.

In addition to his art, Tedd has operated Tedds ART Works an Art Gallery in Wilton Manors Florida. Since 2014 he has showcased established award-winning artists, as well as emerging artists and has curated over 50 Art Exhibitions over the last several years.

Tedd continuously promotes the importance of art in the local community. With TeddsARTWorks Online gallery established in June of 2020.  His work has been exhibited outside the gallery at other galleries and exhibitions, and he was awarded Best 3D Artist, at ArtsUnited Group Exhibition in 2016, and 2015, and won “Best In Show” in 2018 at a local arts competition along with other recognition for his work. 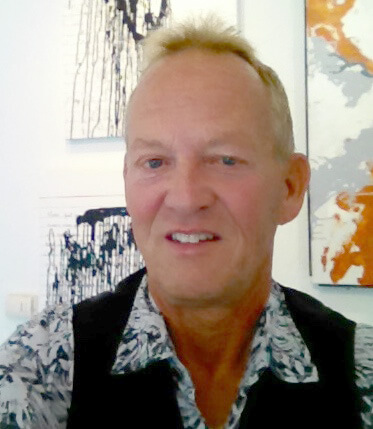